Mortgages: How to get around the Central Bank’s borrowing rules

Mortgages: How to get around the Central Bank’s borrowing rules

Property purchasers struggling to save more than a 10% deposit should remember that there are ways to get exempted from the rule. 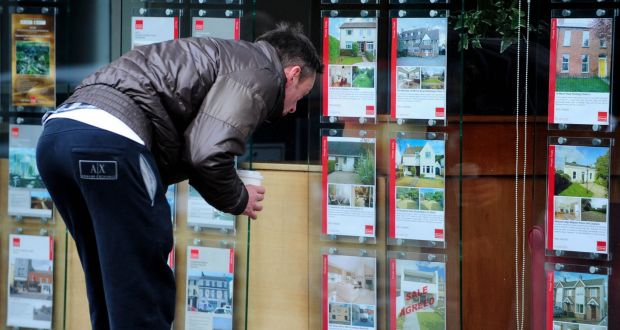 Some 14 months on from the introduction of the oft-discussed and much-maligned mortgage lending rules, they certainly seem to be having an impact.

Mortgage approvals have slumped 15 per cent in the three months to the end of February, compared with the same period a year earlier. However, industry players say this is not down to the rules alone. Approvals rocketed ahead of their introduction, so looking year-on-year may not be a fair comparison.

And it is easy to forget that the rules don’t apply across the board. It is possible to get an exception on certain elements of the rules.

While the banks are particularly coy on their lending processes for granting exceptions, below are some of the key points putative home buyers should be aware of.

It’s one or the other If you’re looking to get an exception on the rules, bear in mind that it’s only possible to get it once. This means that you can apply either for a greater loan-to-income (LTI) multiple or a higher loan-to-value (LTV), but not both.

Cork-based broker Joey Sheahan, managing director of Mymortgages.ie, says that, on the former, it is possible to get the typical 3.5 times gross income multiple increased to 4 or 4.5 times an applicant’s or applicants’ combined gross income. “We are getting stronger applicants accepted,” he notes.

An exemption can have a big impact on the amount you are able to borrow.

On the loan-to-value front, brokers say it is possible to get a LTV of as much as 90 per cent, which would mean that your deposit would shrink to just 10 per cent, up from the 20 per cent or so you might need otherwise.

Remember: if you do get an exception on the income multiple which allows you to borrow more, you will also need a bigger deposit to close the deal.

Another point to note is that some banks may not be inclined to give an exception if someone is looking to borrow just an extra €10,000 or so, because they may not want to “give up” an exception for such a small amount.

Others banks may allow the property buyer to borrow more if they do so over a 5-7-year fixed term, as the stress testing isn’t as severe as it is on other products. Exceptions As was seen at the end of last year, when exceptions appeared to be difficult to secure, banks have a certain quota they can offer. Under the Central Bank rules, they cannot go over these.

As it stands, banks can offer an exception on the LTI multiple on 20 per cent of all their mortgage lending, and 15 per cent on the LTVs.

This means that the mortgage market may see a seasonal bias going forward. Exceptions are given out in the early part of the year but more difficult to come by as you approach year’s end.

Indeed, coming towards the end of the year, some banks were said to be “encouraging” applicants to postpone their mortgage drawdowns.

Given that we’re in the early(ish) part of 2016, exceptions should be available.

“Most of the banks have the scope to approve exceptions in the early part of year because they haven’t used up their quotas,” notes Sheahan.

As financial adviser Michael Dowling notes, it can be difficult for the banks to work out how to allocate exceptions. Someone might get mortgage approval for an exception in one month but may not draw it down for a further six months.

However, Trevor Grant, chairman of the Association of Expert Mortgage Advisers (AEMA), says the banks are showing greater command of how they offer and manage exceptions. As such, the seasonal bias may be less marked this year.

He adds, however, that there can be a bias towards people who have a particular property in mind and will complete the transaction in the short-term.

It helps to be a professional For Dowling, securing an exception can come down to your career. If you are a professional, such as an accountant or solicitor, in steady employment, your chances will be far greater than someone working in a shop.

For an exception, Sheahan notes that applicants will typically need to be earning more than €55,000 combined, a figure that can preclude someone on the average industrial wage from applying.

“If you have a deposit, a good credit history, and can show proven repayment ability, then all banks are considering exceptions,” he says.

If you are self-employed, it’s not necessarily more difficult, but you will need to show bank accounts for the previous two years.

And, as Sheahan notes, banks will typically look at your “average” earnings over the previous two years. So, a good year this year may not necessarily equate to a larger mortgage offer.

Exceptions may not be here to stay The Central Bank is set to review its mortgage lending rules this summer – the work behind this review has already commenced – with the intention of publishing its findings this November.

Many people may be hoping for a loosening of the rules, but this is not guaranteed.

Lobbyists are already moving into action. The Construction Industry Federation (CIF) and the Institute of Professional Auctioneers and Valuers (IPAV) have spoken with the regulator in recent weeks.

The CIF called for the 90 per cent LTV ceiling to rise to €300,000 and the income multiple to be increased to 4.5 times earnings.

Grant and AEMA, meanwhile, would like everyone to be able to borrow up to 90 per cent of the purchase price.

However, as reiterated so forcibly in recent weeks by Central Bank economist Gabriel Fagan, the rules are not only here to stay, they may be tightened further.

And if there is one area that the regulator might tighten, it is in relation to exceptions.

Last year for example, Norway closed a loophole in its mortgage lending rules, first introduced in 2010, which limited LTVs to 85 per cent.

Initially, banks were allowed to offer higher LTVs on a certain proportion of loans, but any room to deviate from the 85 per cent rule has since been cut sharply. It is possible the regulator here may take a similar approach.

The indebted need not apply “We would always advise potential applicants to contact us as soon as possible when considering a mortgage,” says Sheahan.

He suggests that people will need to clear short-term debt, such as credit cards, or an overdraft “immediately”.

Personal loans, such as a car loan, generally don’t need to be cleared as quickly, but may need to be done so prior to drawdown.

A clean banking record is also important. Dowling notes that banks will typically look back as far as six months, so you will need to ensure that you have no “unpaids” or referral charges on your current account.

While a one-off unpaid may be fine if you can explain it, Dowling warns that any more than this may raise a red flag.

Better off still being in negative equity Depending on where you live in the country, you may find that the exceptions have limited relevance for you.

Figures from Myhome.ie for example, indicate that the average national asking price is now €208,000, meaning that first-time buyers around the country won’t typically be hit by the rules on LTV, as they are allowed borrow up to 90 per cent on a property worth up to €220,000. They must, however, oblige by the LTI limits of 3.5 times gross income.

It is those trading up who are the most frequent applicants for exceptions, it seems. “Most of the exceptions we’re applying for are for second-time buyers,” says Sheahan.

This cohort may already have a house or apartment worth €250,000, and which they have outgrown, and are looking to trade up to a home in the €400,000- €500,000 price bracket. But given the collapse in house prices, they may have little equity in their current home. This can make finding the funds to secure a deposit very difficult.

There is yet another cohort who may have no equity at all, and whose mortgages may still be underwater.

Indeed, a recent report from Standard & Poor’s found that more than 40 per cent of Irish borrowers are still in negative equity, averaging €53,900 per property.

This group is exempt from all the rules. But, as Grant notes, the flip side is that it can be very difficult to get a negative equity mortgage – regardless of any Central Bank constraints on the lenders.

The rules differ depending on what kind of buyer you are, with first-timers allowed to borrow up to 90 per cent of the purchase price of a property worth up to €220,000.

If you are purchasing a buy-to-let investment property, the limit is 70 per cent.

An income multiple of 3.5 times combined gross income applies across the board. But there are exceptions, as the main article points out. And the rules don’t apply to those in negative equity.