Cast out for a night: A sleep-out on Cork’s Spike Island shines a ghostly light on homelessness crisis

Cast out for a night: A sleep-out on Cork’s Spike Island shines a ghostly light on homelessness crisis

Donal O’Keeffe spent the night on Spike Island in Cork as part of Focus Ireland’s Shine A Light sleep-out. He spoke to six business leaders who also took part.

Someone once told me, in a small voice, from under sleeping bags piled on wet cardboard: “You couldn’t do this sober.” I remembered that, at 3am last Saturday morning, as the rain spattered my face and I shifted uncomfortably in my sodden sleeping bag. I was sleeping out — or rather, mostly not sleeping — with 60 members of Cork’s business community in the armoury yard on Spike Island, as part of Focus Ireland’s Shine A Light Night sleep-out. I was, foolishly, sober. The same couldn’t be said for two men lying nearby, in convulsions of loud laughter at each other’s jokes.

Shine A Light Night, which started in 2012, raises awareness of homelessness while generating vital funding for Focus Ireland. In 2017 alone, Focus Ireland supported a record 14,500 people who were either homeless or at risk.

Spike Island is steeped in 1,300 years of history, and the island’s guides offer a superb tour of the abandoned prison. It once held 2,300 inmates in brutal conditions. At least 1,300 people died there and it’s said to be haunted. I saw no ghosts but thought it a sad and lonesome place.

It was after midnight when I bedded down in my sleeping bag on a sheet of cardboard and wrapped in black plastic. Temperatures were mild, but the wind picked up throughout the night, blowing sheeting left and right, the rain drenching us in our makeshift beds. All night, I found myself checking the time.1.48. 2.25. 3.13. 4.09. Once, I would have sworn I heard bagpipes in the wind. A gate or a metal door banged repeatedly.

Around 5am, I gave up, and got up. I wasn’t alone. Back indoors, we all reflected on our luck that – no matter our mild discomfort – we could go back to our lives, to a hot shower, a change of clothes and a decent breakfast. We might have got a bit wet, but none of us was cold, or hungry, or vulnerable, or ill.

Marion Kiely of Upstream Health and Safety said she found last year’s sleep-out, in Cork City Gaol, much easier: “It was drier, although Spike Island is a very fitting setting.”

Maggie Tobin is from Reenascreena in West Cork and has lived in England for 47 years. She heard about the sleep-out when she was home for a recent holiday and decided to participate. She raised close to €2,000 and told me she feels Ireland has changed a lot, and not all for the better.

“I can see a lot of loneliness, especially with an aging population. We need to be more neighbourly and we need to look out for people more,” said Maggie.

In the canteen, I put it to Fine Gael Senator Jerry Buttimer, a Shine A Light veteran, that his party came to power in 2011. On Census Night 2011, we had 3,808 people sleeping rough or in emergency accommodation. We now have 10,000 homeless, 4,000 of them children.

“For me, homelessness is the greatest issue of our time,” he replied. “I meet friends and former students of mine, who are coping — or not coping — with the issue of homelessness, or looking for affordable housing, social housing, or a place to call home. Politicians are not devoid of emotion, or empathy. We would argue that more people are leaving homelessness now, but we know we are not where we want to be and we recognise that.

“I’m confident Minister Eoghan Murphy will be able to address the homelessness problem, but it will take time. We’ve allocated €2.4bn in the budget and what we need now is delivery. It does affect you when you see people sleeping rough, or living in emergency accommodation. They’re our fellow citizens and they deserve better.”

As we packed our bags and cleared out, I spoke briefly with Dick White of Focus Ireland. Dick professed delight that 60 volunteers had slept out this year in Cork and he expressed his confidence that Shine A Light would reach its 2018 national fundraising target of €1m.

It was still dark as we walked out the gates of the prison, down to the jetty, past the sign to the left for the convicts’ cemetery and past the cottage where Cork’s unofficial patron saint, Little Nellie of Holy God, lived when she was a baby. There was, at a time when homelessness was a crime, a children’s prison on Spike. Nobody knows how many kids are buried there in unmarked graves. Nowadays, Little Nellie lies in the derelict Good Shepherd site in Sunday’s Well, in a pristine grave. Across that site, in an inaccessible mass grave, are at least 30 Magdalene women, all-but unremembered. 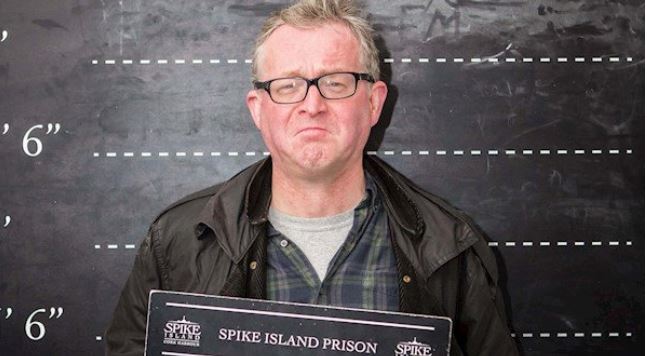 In the drizzly, pre-dawn grey of Cork harbour, we boarded the ferry and headed back to our lives, our night of voluntary homelessness over. As we neared the lights of Cobh, I thought about Stan Laurel and Oliver Hardy arriving here on a cruise ship in 1953, believing themselves washed-up and forgotten and seeing on the waterfront thousands of people waving and cheering, as the Cathedral bells rang out their theme tune, ‘The Dance of the Cuckoos’. I thought of the kindness of strangers that reduced Hollywood stars to tears here, and I thought too of the person who had said to me of sleeping rough: “You couldn’t do this sober.”

When I met Kathleen O’Sullivan, one bitter night last November, she was sheltering in a doorway at the back of the Clayton Hotel. She told me she had had troubles in her life, including the death of her son Anthony, and she had been homeless over a few years. She said she was sleeping on the very spot her own aunt had died seven years earlier.

The night I met Kathleen, she was suffering from pleurisy and pneumonia, and she told me: “I won’t survive another winter on the streets.” Not a month later, on the morning of Wednesday, December 6, 2017, Kathleen O’Sullivan was found dead in that same doorway. 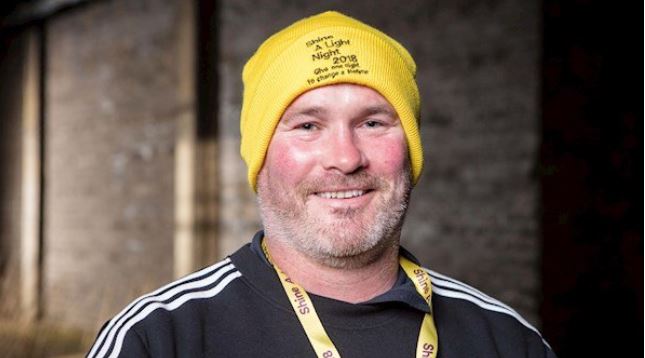 I was listening to the radio and I heard Dick White of Focus Ireland call for volunteers, and I’m delighted to take part for such a worthy cause and hopefully make a small difference. So far, I’ve raised €2,000, and I’m hoping to raise a little bit more.

I’ve met the Focus Ireland team several times in the lead-up to the sleep-out and I’ve been highly impressed by the dedication and energy they bring to the great work they do. I would definitely hope to do this again. 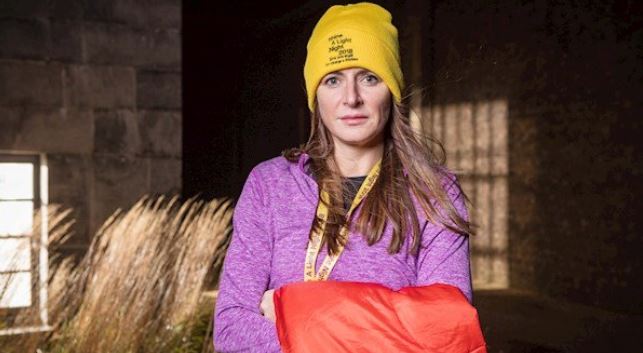 This is the second time I’ve done the Focus Ireland sleep-out. Like last time, I roped my sister, Eileen, into joining me. We’re working toward raising €5,000. We’ve raised money from suppliers, from family, and from friends.

Spike Island is an interesting venue. We’re isolated here, physically cut off. That’s quite an insight into homelessness, even if we all have the luxury of going home the next morning.

People were imprisoned on Spike for the crime of homelessness. That just brought home to me the image of (homeless mother-of-seven) Margaret Cash in that Garda station, with her children trying to sleep on those plastic seats. We really haven’t come so very far at all. 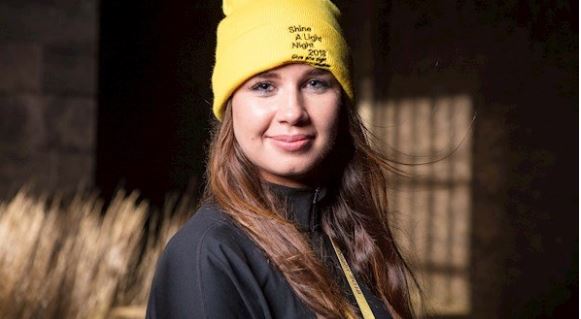 These are frightening times for anyone renting, and we’re all just one pay cheque away from homelessness, from a landlord selling up or deciding they want more money.

We really need as a country to be investing more in social housing, so that we don’t have kids growing up in hotel rooms, and having to move out of those rooms every morning.

We all could be doing more to help people living in homelessness.

Every year Nova Broadband gives €1,000 on top of whatever money we raise for Focus Ireland, and this year so far we’ve raised €2,215. 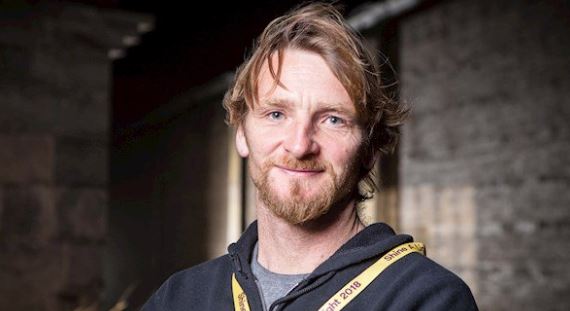 We had a huge fundraiser, an open garden party on the Boreenmana Road, with cocktails and musical accompaniment by a ukulele orchestra. We wanted to invite all the neighbours. And we raised €6,000. Cully and Sully will match that amount.

There are different types of homelessness, and when you hear about families that can’t put a roof over their heads, it’s important not to belittle the subject.

I don’t think there’s a magic wand solution to homelessness. You’ll always have people who need to be looked after.

It’s important to educate people that it’s not necessarily the fault of the person who is down. 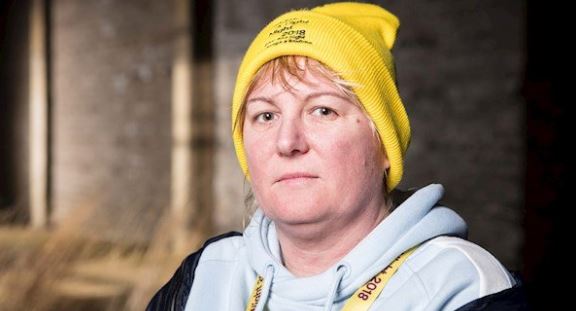 This is my first time. We raised over €1,000 in sponsorship cards and by attacking customers!

You really wouldn’t realise how bad things have got until you look at what’s happening. We should be doing everything to tackle the homelessness crisis. It’s simply not good enough in this day and age.

It’s fantastic what Focus Ireland is doing, and it should be supported more. 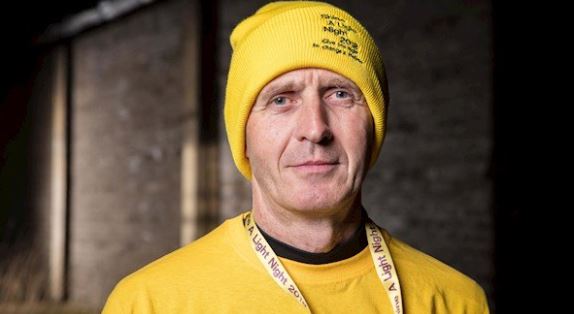 I’m very proud of the way Cork’s business community has got involved in the Focus Ireland sleepout. In the Shelbourne we’ve raised almost €3,000.

It’s very important to remember there is a story and a personality to every person in every doorway, and I think it does no harm for any of us to be reminded of that.

The thing with us here is we can all go home in the morning, but the novelty would wear off very quickly if we couldn’t. I’m delighted with the turnout. It really gives you a renewed sense of what’s good about Cork, and about Ireland.