House rules: how to get your first mortgage

House rules: how to get your first mortgage 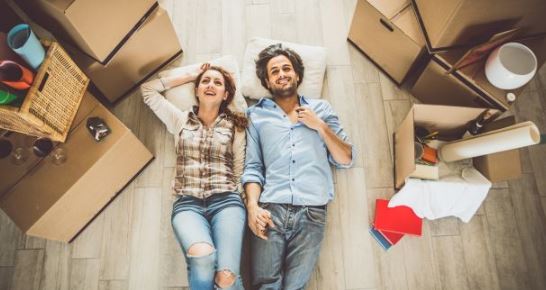 It has never been easy being a first-time buyer but it has rarely been harder than it is today.

Banks that 10 years ago were throwing stupid sums of money at anyone who walked through their doors are now tighter than a hipster’s trousers, while a Central Bank that once ignored the banks’ insane lending policies are now policing them with Stasi-like rigour.

Developers who once seemed happy to throw up all sorts of houses in all sorts of ridiculous locations if they got the merest scent of a potential buyer are now sitting on banks of land and refusing to do anything that might help alleviate a supply crisis which has seen prices spiral out of the reach of all but the most perfect mortgage applicant.

On top of that, renting a modest two-up two-down within walking distance of an urban centre can now cost close to €2,000 and that is rising by more than 10 per cent each year, so saving for a deposit is harder than it has ever been.

But the story doesn’t stop there.

The luckiest people were those able to buy in the mid-1990s, just before the last property bubble started to inflate

Figures from Eurostat tell us Ireland is the most expensive place in the euro zone to live and while if you have the temerity to have a child and need to pay for childcare – which of course you will because if you are to get a mortgage you will need two incomes to do it – then you can say goodbye to another grand every month.

And as if all that wasn’t bad enough, the poor would-be first-time buyer has to listen to patronising people who own their own homes bleat on about how things were tough in their day too, and fiscal responsibility and living within your means and avoiding avocado toast – as if homeowners have a monopoly on financial wisdom.

The reality is most of those who find themselves owning a home which is not mired in negative equity or mortgage arrears are not wise. They just got lucky because, ultimately, where anyone finds themselves on the property ladder is more often down to blind luck rather than any great financial acumen.

The luckiest people were those able to buy in the mid-1990s, just before the last property bubble started to inflate. Others were fortunate to be in a position to buy their first home in 2002 and 2003 when tracker mortgages were becoming a thing and banks, drunk on cocktails made of fools’ gold, were literally throwing money at people.

They were even offering mortgages of more than 100 per cent to people who were no more in a position to buy a €400,000 house than a four-year-old child.

Other fortunates include folk with a bit of cash or parents who were willing to back them in 2012 and 2013 when property prices were at rock bottom.