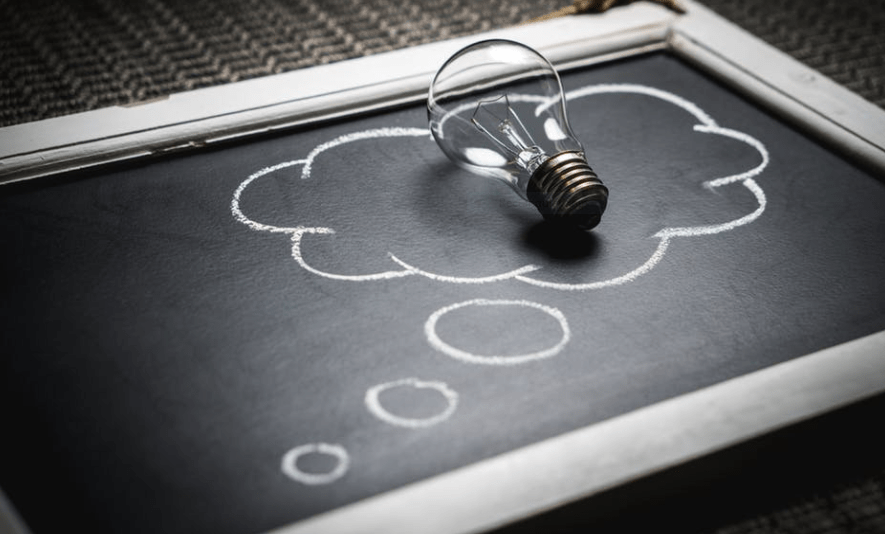 Lenders slashed fixed mortgages this week as borrowers rush to cash in on rock-bottom deals. This week Ulster Bank cut its four and five year fixed rates to 2.6% and 2.85% – the lowest around.

Within days KBC followed suit, cutting many of its rates below 3%. However, in a clear warning sign that interest rates, including new fixed rates, will soon be going up, KBC also edged up its 10-year rates above the 3% mark. With some lenders still charging up to 4.5%, that’s still lower than most variable rates. And experts predict fixed-rate mortgage market will explode this year as borrowers switch to save themselves thousands every year. ‘I would strongly recommend that borrowers fix,’ said Michael Dowling, mortgage broker, with Dowling Financial. ‘Interest rates will be only moving one way, which is up from late 2019 or early 2020.’ Alan McQuaid, economist with Merrion Capital, agreed. ‘I’d say the first rise will be in the third or fourth quarter of next year but it will be very minimal.’

Mr McQuaid foresees total increases of up to 1.5% over the next few years – enough to add €194 a month to the average €230k mortgage unless you fix. Experts at mymortgages.ie predict an impending explosion in the fixed rate mortgage market, after KBC and Ulster Bank cut their rates with other poised to follow suit. The mortgage brokers reveal that the recent Ulster Bank announcement has ‘something for everyone’, with ‘average’ Standard Variable Rate mortgage holders in line for savings of up to €12,000 over five years. Joey Sheahan, head of credit with mymortgages.ie, even calls fixed rates ‘the new trackers’.

That is true – up to a point. Just like trackers, they offer superb value, are proving very popular and won’t be around for long. However, even the lowest fixed rates can’t match trackers that fell as low as 1%. Mr Sheahan said: ‘Fixed rate mortgages are soaring in popularity. We will see, and have seen, people flocking to make the switch.’ Fixed-rate mortgages accounted for 55% of new loans at the start of 2018, but Mr Sheahan thinks we could reach the euro area average of 80% by the end of the year. ‘The stats are there to support this move away from standard variable rates (SRVs), which have been the blight of the Irish mortgage market for some time now.’

Lenders often leave the main bulk of their loyal borrowers languishing on an uncompetitive SVR while offering better deals to newbies. But that means the majority of SVR borrowers stand to make huge profits by switching. The average SVR was 3.34% at the latest count, whereas the average fixed rate has fallen to 3.08%. KBC and Ulster Bank’s latest moves are an acceleration of that trend.

The mortgage broker urges borrowers to take action and ‘save themselves thousands of euros’. ‘We deal with clients on a daily basis who are unaware that switching could even be an option for them – many believe they are simply “locked in” to the contract with their current lender. ‘And of those who have heard of switching, most just think it’s too much hassle. ‘Many assume that once they’ve taken out a mortgage with a lender for 20/25/30 years, then that’s the end of the decision-making process. But mortgages are just like any other financial product – they should be reviewed every three years to ensure you are not paying over the odds.’

Our table shows how much you could save by switching. Whether you choose fixed or variable, the savings are huge. Ulster’s 2.6% four-year rate offers savings of €12k over five years compared to the highest current variable rate – Bank of Ireland’s 4.2%. If you managed to sustain that interest rate differential over the term of a 25-year mortgage, the difference would be between €41,000 and €59,000 for the mortgages quoted. Wouldn’t that be a nice saving? 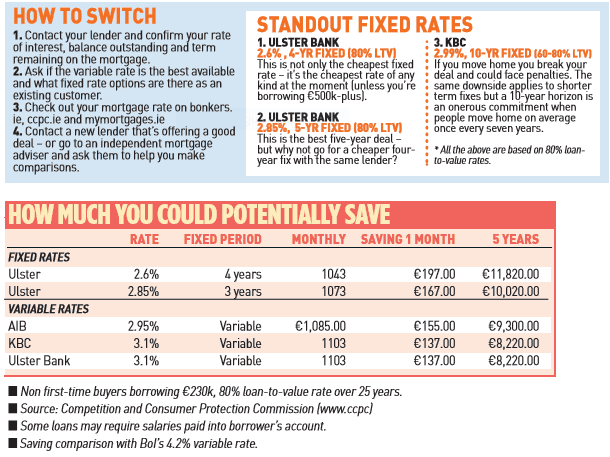