Are we going to say goodbye to cash-back mortgages?

Are we going to say goodbye to cash-back mortgages? 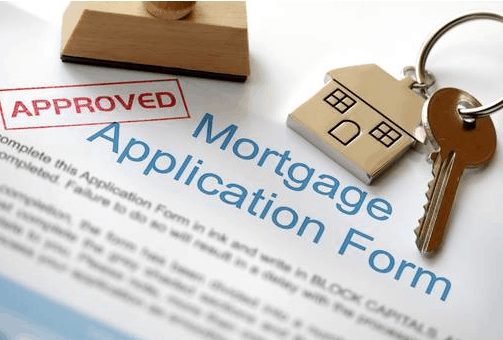 Last year the Competition and Consumer Protection Commission warned that cashback offers might not make financial sense in the long term because of the higher rates often also charged.

An amendment to a bill aimed at limiting interest rates on mortgages could see banks also banned from offering customers cash back on their mortgages. If enacted, it is hoped that banks will have to compete on the basis of their interest rates, rather than the selection of incentives they can offer potential customers.

According to Michael McGrath, finance spokesman with Fianna Fail, the Variable Rate Mortgages Bill, which he proposed in 2016 to give the Central Bank the power to limit interest rates on mortgages, is to be subject to an expert impact assessment. This comes on the back of the Attorney General warning that the bil may be unconstitutional.

The expert review is expected to take a couple of months, although Mr McGrath said he is “confident that the bill is constitutional” and that it will go ahead as planned.

In the meantime, Mr McGrath has proposed an amendment looking to see the practice of cashback on mortgages being banned. In recent years this has become an increasingly popular tool used by banks to drive up their market share, without having to cut mortgage rates. Bank of Ireland for example offers home buyers and switchers alike 2 per cent back on their mortgage as cash,with another 1 per cent possibly available for current account holders with the bank, while AIB subsidiary EBS offers €2,000 back in cash, and Permanent TSB offers not just a 2 per cent cash back on the value of your mortgage, but also 2 per cent of your monthly mortgage repayment back in cash every month.

“Customers like the attraction of cash back sums, but they can end up paying far more over the long term in terms of higher interest rates,” Mr McGrath said, adding that the amendment will initially focus on cashbacks, but may also consider other incentives such as money back on legal fees.

Last year the Competition and Consumer Protection Commission warned that cashback offers might not make financial sense in the long term becaue of the higher rates often also charged.

If the amendment is put forward and the bill is enacted, Mr McGrath said that banks will have to compete solely on interest rates, and not on incentives such as these.

“I am confident that if these cash back promotions are removed from the market, it will result in downward pressure on rates,” he said.

Of course Fianna Fail will need Dail support for the Bill, and as Mr McGrath said, “that will be tested in the coming weeks”.

Switch now to save

If this ban does materialise, many homeowners may rush to avail of the deals while they’re still available.

In recent years, Irish homeowners have appeared loathe to switch; figures from the Banking and Payments Federation of Ireland for the third quarter of 2017 show that just 777 borrowers switched or re-mortgaged, during the period, although the numbers switching are up 15 per cent on the year.

Already this year however, Joey Sheahan, head of credit at Cork-based MyMortgages.ie, has seen a jump in inquiries, and he expects the proposals to ban bank incentives will lead to an even greater level of activity as people try to “get in” before any such legislation is introduced. This means that the number switching could go as high as 2,000 during in the first six months of 2018.

While Mr Sheehan concedes that the merits of the cashback offers available “are up for debate”, he expects homeowners to make moves to avail of these offers “before they are taken off the table”.

Indeed while the offers can seem attractive, for many homeowners the financial gains of securing a lower interest rate can far outweigh any cash back offers.

This means that irrespective of the cashback offers, switching in itself often makes an awful lot of sense, particularly given that rates have fallen over the last 24 months. Mr Sheahan for example, says that someone on a €350,000 mortgage could save anywhere in the region of € 311 per month and € 112,000 over the lifetime of this 30-year mortgage.

Mr Sheahan gives the example of a couple with a € 390,000 mortgage (LTV>80%) outstanding over 28 years at a variable rate of 4 per cent, who switch to a four year fixed rate of 2.6 per cent. This lowers their monthly repayments by € 300 and saved interest of € 99,000 over the remaining term, while also cutting almost six years off their mortgage term.